WE OWN THIS SKY

A SIDE: OUTLANDERS / WE OWN THIS SKY FEAT. RON "BUMBLEFOOT" THAL

I wanted to look for a cover song from Hans Zimmer, as both, Torsten and myself, we are long time fans of him. I found a song from the movie Chappie, which is not one of his most famous works, but holds his trademark as a composer. I personally really love the song, because it’s at the same time soothing and powerful. Zimmer always finds a way to move the listeners emotionally.

Our version of the song “We own this sky” is a lot longer in length than the original, but I hope you will find it interesting. Torsten worked his magic in programming and as the song has no lyrics I could just flow with my voice. This song differs a lot from the rest of the songs on the album with over 80 vocal tracks we recorded for it!

We transformed the song into a chilling, goosebump guaranteed, intense journey with a steady rising suspense of the synths, only to culminate with wild guitars and vocals.

Ron “Bumblefoot” Thal is the guest guitarist on this one. He did a superb job!! He coloured the whole track with beautiful guitar arrangements and blew me away basically with his talent. Totally genius and very musical performance from him. Thank you very much for taking part in our project Ron.

"It's been a great pleasure to collaborate with Tarja and Torsten, I love what they've created!  'We Own This Sky' gave lots of space to explore - starting with acoustic guitar, into atmospheric sounds on fretless guitar, and letting loose on the fretted guitar as the intensity reached its height...  I hope everyone enjoys this scenic journey Outlanders takes you on!"
~ Ron 'Bumblefoot' Thal 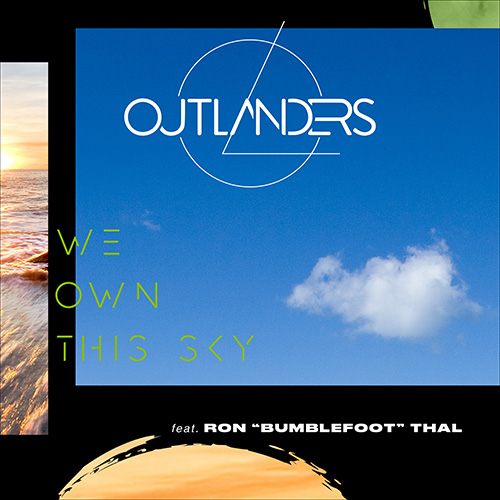