A SIDE: OUTLANDERS / THE SLEEPING INDIAN FEAT. JOE SATRIANI

B SIDE: OUTLANDERS / CLOSER TO THE SKY BEAU CHAPEAU REMIX

I have been feeling the calm energy and connection with the nature since ever I stepped on the island of Antigua for the first time. The island is inspiring and always soothing my soul. We found a holiday home for my family very near of the mountain guarding the area called Sleeping Indian. From the distance, you can easily discover the complete, majestic figure of an Indian Chief laying on the ground and facing the sky.

This mountain, ever present in our days in the island, inspired me to write a song for Outlanders with Torsten. This time I wanted to use my voice merely like an instrument to enhance the ethereal feeling I had with the harmonies, the wind, and the pulsating waves at the shore. I also sampled my voice and played around with it.

Torsten suggested to ask Antiguan local rapper Nkoye Zifah to participate in our song. It was a great idea that I loved right away! It is the first time I work with a rap artist on a song, and I really like it since it makes The Sleeping Indian pop out from the rest of the album. Nkoye wrote the text for the rap himself based on the history of Antigua.

The experience was great and Nkoye is a beautiful person I had the chance to meet, so I am very grateful to him for doing this.

Last, but not least, what to say about our guitar guest, Joe Satriani, that has not been said before? He, as always, gives me goosebumps with his way of understanding music. His sound and style of playing are just so unique.

When I conceived Outlanders, I had in mind a kind of music that could transport you to another place or state of mind. I could hear in my head a sound like Joe's filling up the space around. I love the mix and the boundaries we decided to leave behind with Torsten when jumping into Outlanders.

I am sure you will enjoy Joe's playing on The Sleeping Indian. Thank you once again Joe! Play it loud!

Hope you enjoy our new creation! 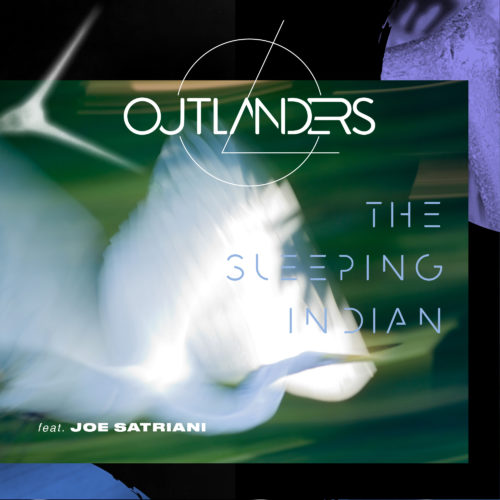