Collect memories, not things, they say…

We say why not both? We are pleased to re-release many bona fide classics on Blu-ray, DVD and CD, from world-renowned artists such as Aerosmith,
Eric Clapton, Genesis, Bruce Springsteen and Morrissey. 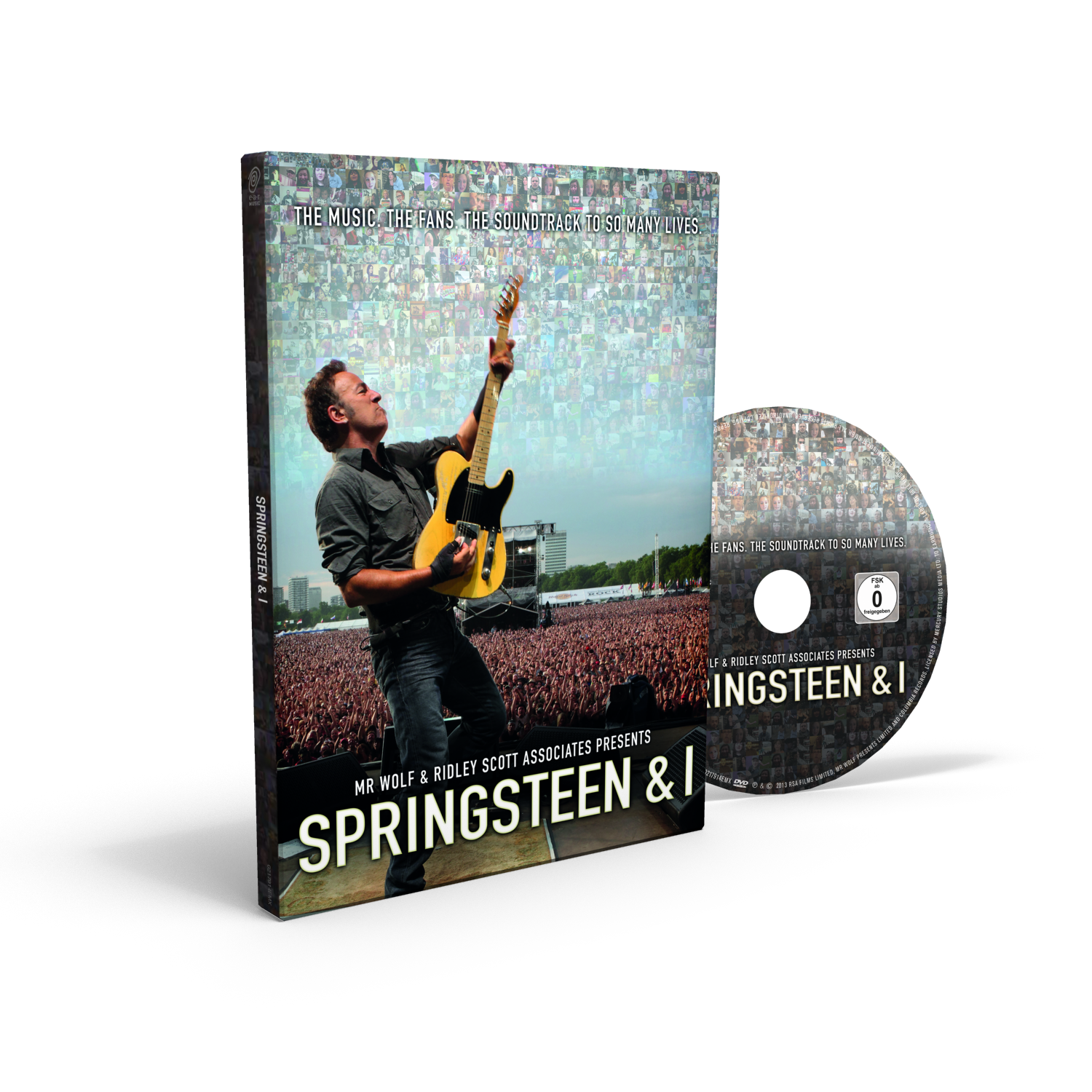 Bruce Springsteen is more than a musician. With his songs, The Boss has shaped more than a generation, sold millions of albums worldwide, and enjoys hero status in the U.S. and beyond. The footage used in the documentary is comprised entirely of videos and photos submitted by fans, who share their own personal insights and experiences about how Springsteen and his music have influenced their lives. In the documentary “Springsteen & I”, director Baillie Walsh, in collaboration with Ridley Scott, goes on the trail of the exceptional musician.

Genesis - Sum of the Parts 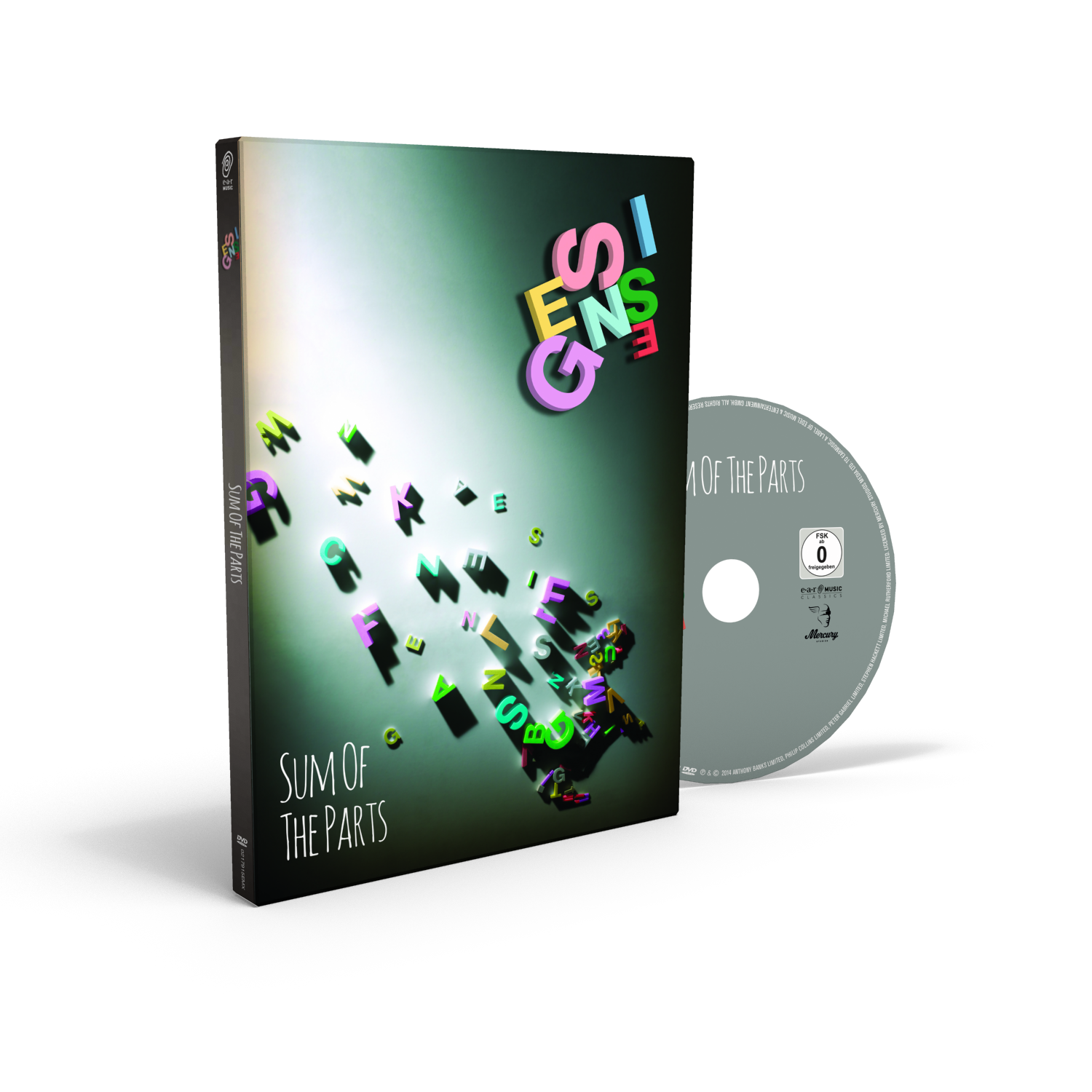 “Sum Of The Parts” is the official career-spanning documentary telling the story of Genesis. Featuring contributions from key members past and present: Tony Banks, Phil Collins, Peter Gabriel, Steve Hackett, Mike Rutherford and Anthony Phillips, as well as a wealth of archive performance footage of the band’s biggest tracks and fan favourites, this first authorised study of the band’s history commences with their formation at Charterhouse in 1967 and reunites the band for the first time in many years. The film recounts an extraordinary musical story, exploring the band’s song writing as well as emotional highs and lows and looks into the dynamic between the band members.
It’s a captivating story, told here from the beginning for the first time.

Aerosmith - Rock for the Rising Sun 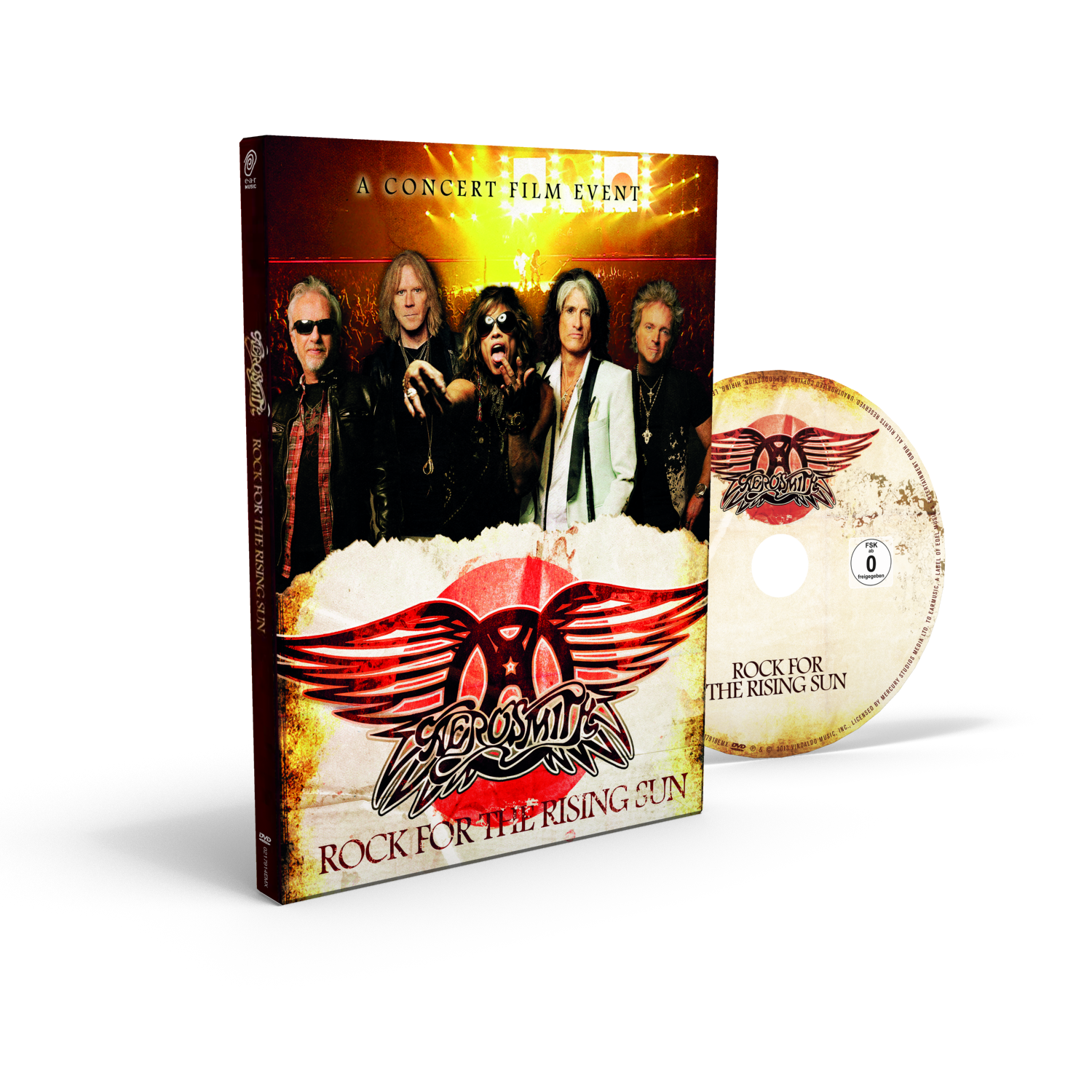 "Rock For The Rising Sun" documents Aerosmith's tour of Japan in the fateful year of 2011, which took place shortly after the devastating earthquake and tsunami with historic consequences. The recording documentary, between concert footage of much-loved Aerosmith classics, recounts the band's journey exploring the country and demonstrating fan closeness. The release reached #1 on Billboard's Top Music Videos chart in the U.S. in the year of its initial release. 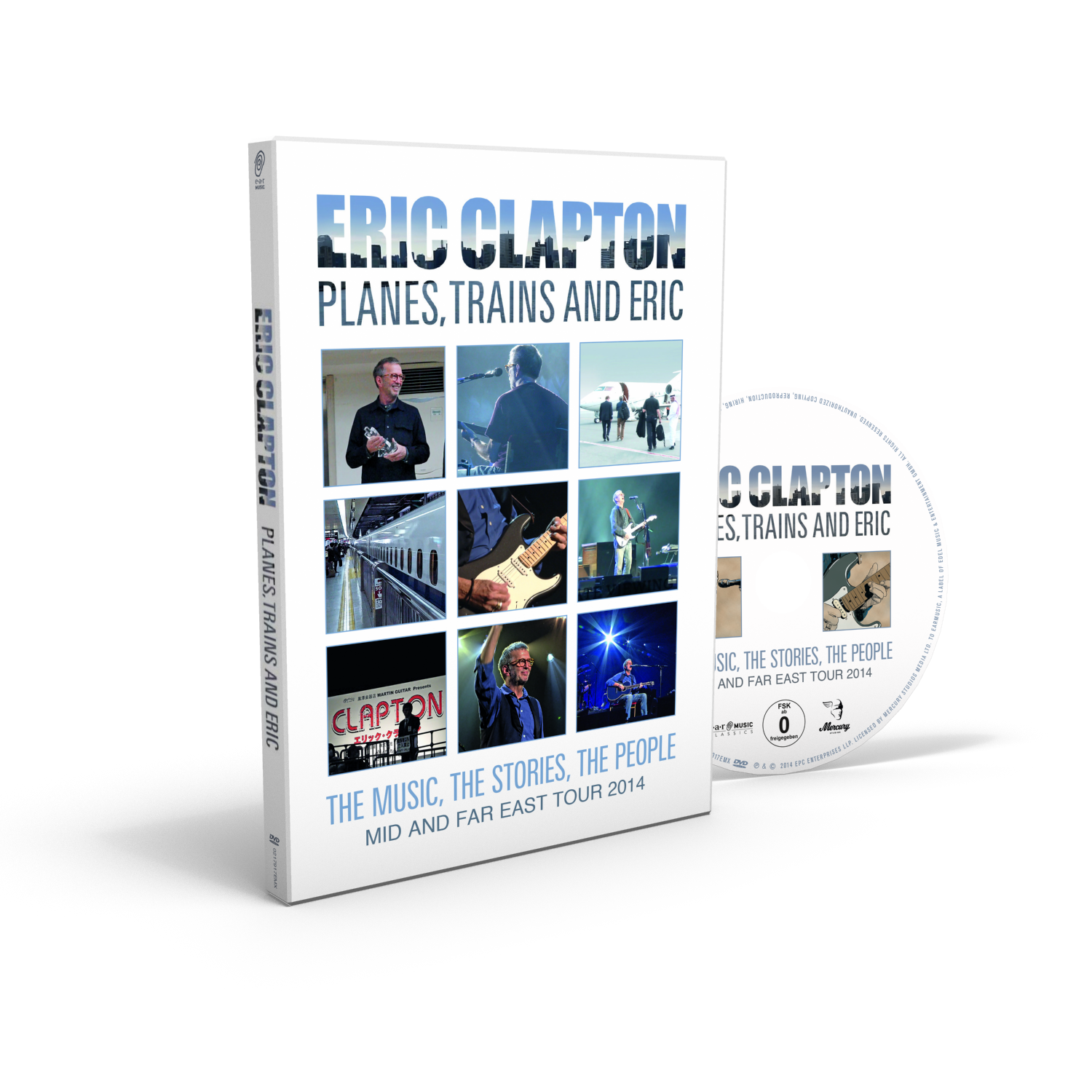 "Planes, Trains And Eric" follows Eric Clapton, one of the most revered and influential guitarists of all time, on the Far and Middle East leg of his 2014 world tour. In addition to live footage of the tour, the film features interviews with Eric Clapton and his band members, footage of rehearsals and soundchecks, travel on trains and planes. Through its beautiful impressions and impressions of life on tour, this film makes you feel as if you were part of it yourself. 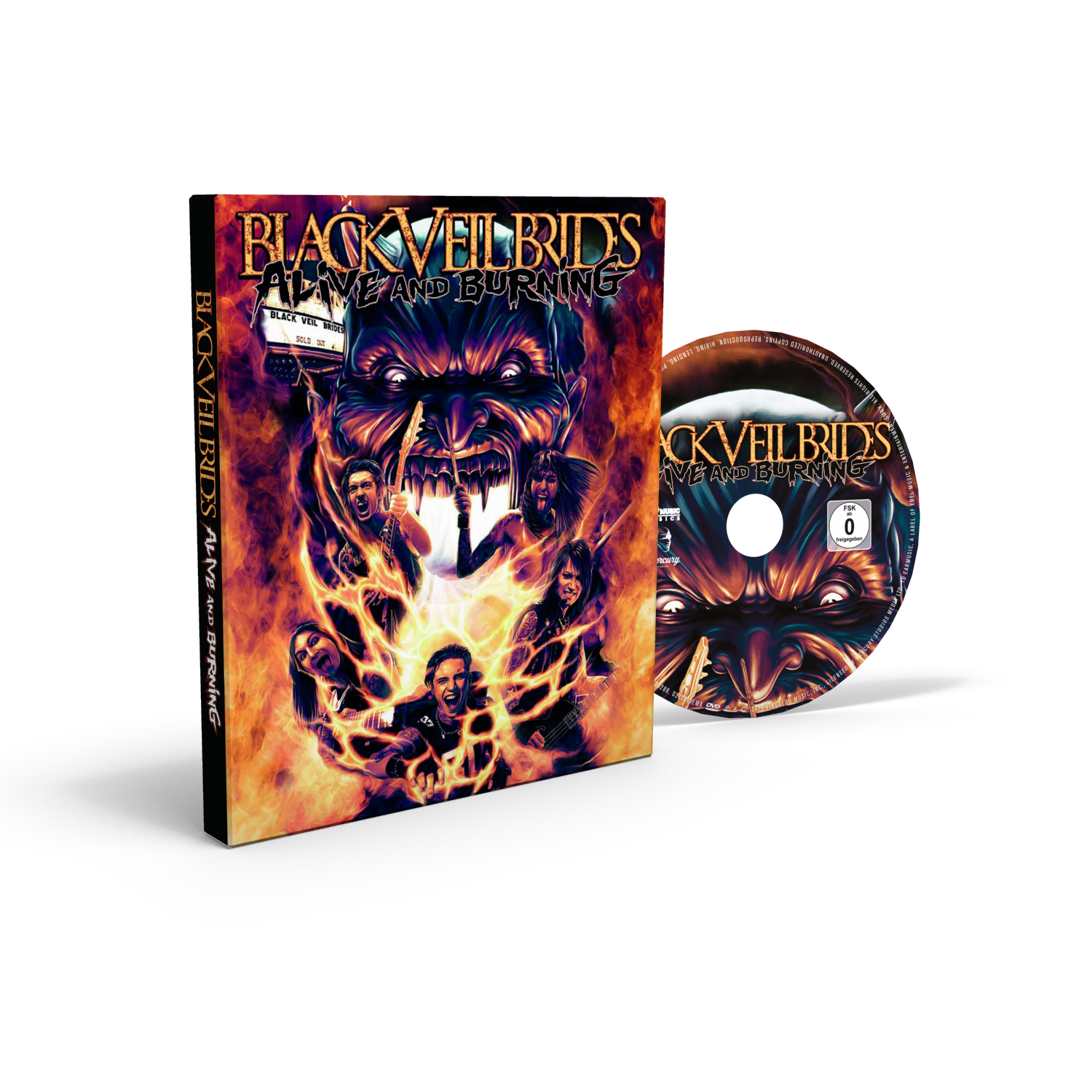 “Alive And Burning” drops a pin in the band’s career as their first ever recorded live performance. Filmed in their hometown of Los Angeles during the successful Black Mass Tour in support of their self-titled fourth album at the world famous Wiltern Theatre. The sold-out crowd witnessed a career spanning set list featuring classics such as ‘Knives and Pens’ and ‘Fallen Angels’ as well as current favorites such as ‘Faithless’ and the grand finale ‘In The End’. 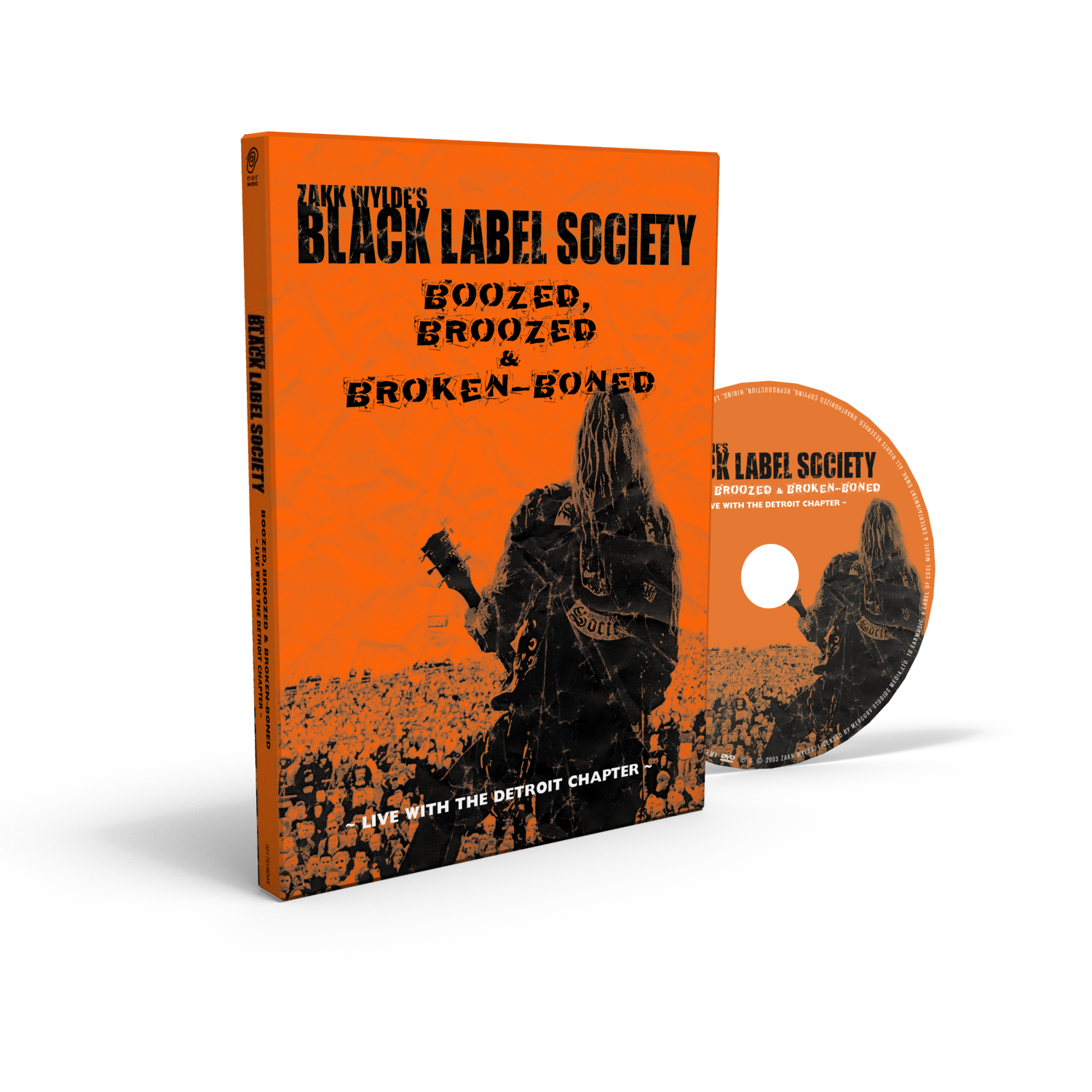 The former Ozzy Osbourne guitarist unleashes his incomparable guitar magic on this 2002 recording from the legendary Harpos Concert Theatre in Detroit/Michigan. On bass is none other than Rob Trujillo, now a fixture in Metallica! Packed with extensive bonus material, such as more live recordings from Tokyo. When originally released, this was the very first DVD release of Black Label Society. 100% damage and brewtality! 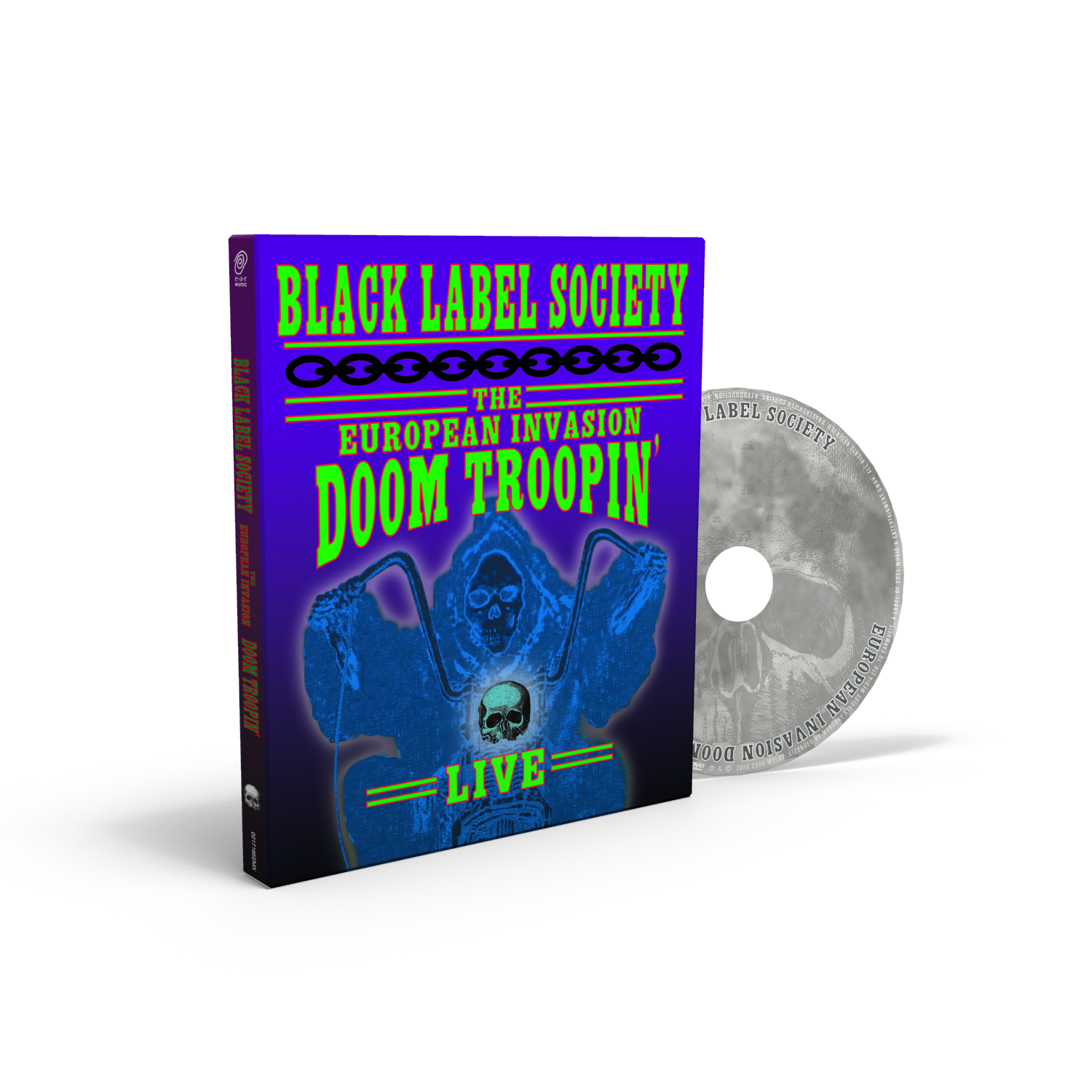 Zakk Wylde shines with his Black Label Society in this concert recorded in Paris by fat sound, good editing and sharp image. The directior is extremely creative with tools such as zoom, split screen and optical alienations, including tracking shots from the ceiling of the location. The band itself additionally gives everything in its committed and agile performance. As a plus there are four songs from a gig in London. With almost four hours of total playing time, this Blu-ray is filled to the brim and should be an essential part of any BLS collection! 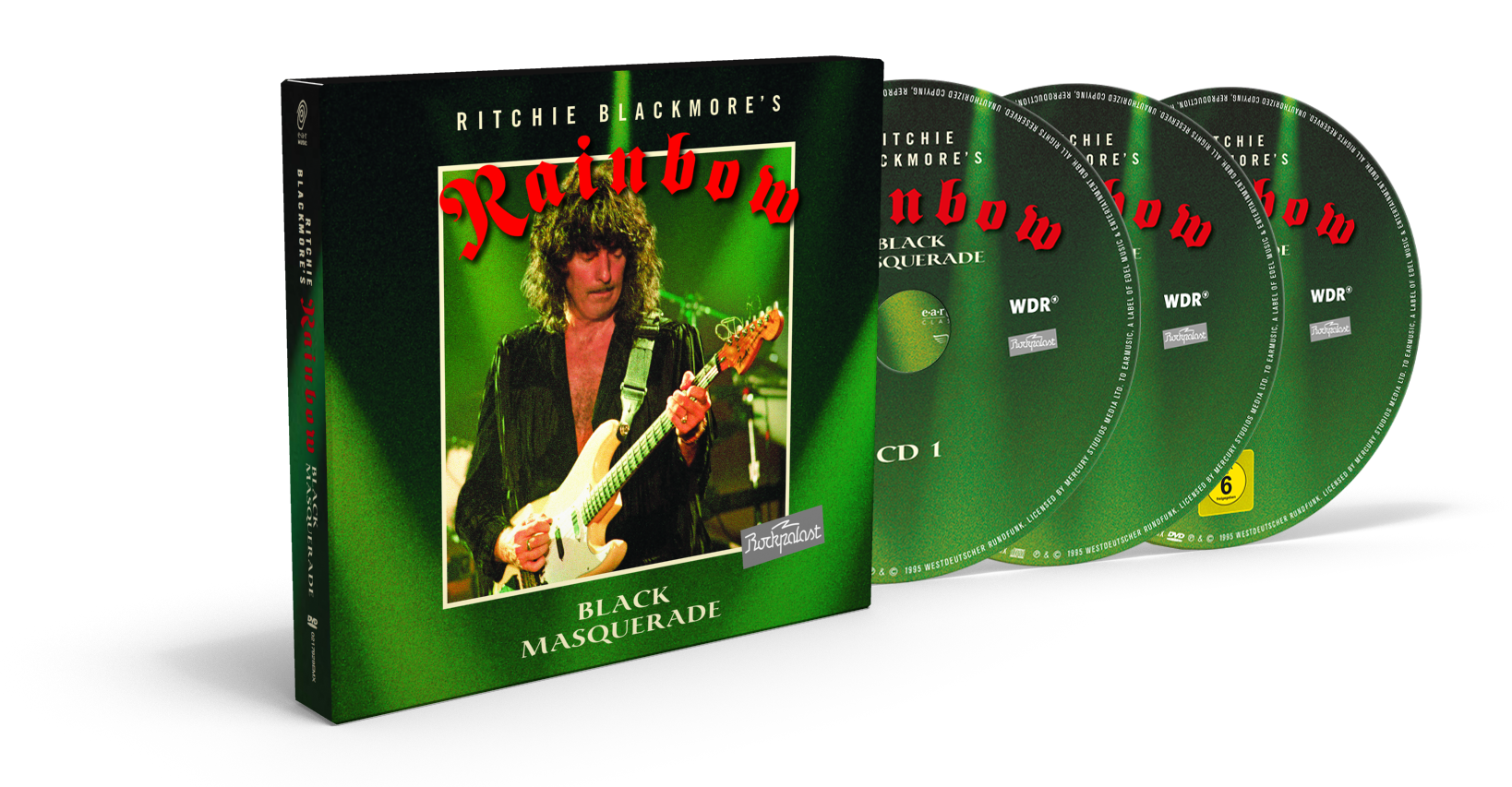 This 1995 concert for Germany’s famous ‘Rockpalast’ TV series, which was originally released in 2013, followed Ritchie Blackmore’s departure from Deep Purple and the reformation of Rainbow with a new line-up. The band was in top form as they performed tracks from the highly acclaimed “Stranger In Us All” album alongside classic Rainbow and Deep Purple songs. September 16th, 2022 sees the re-release of this energetic performance that left the audience speechless. Available on Double CD+DVD Digipak, so the whole Black Masquerade audio and video experience will be released together as one bundle. 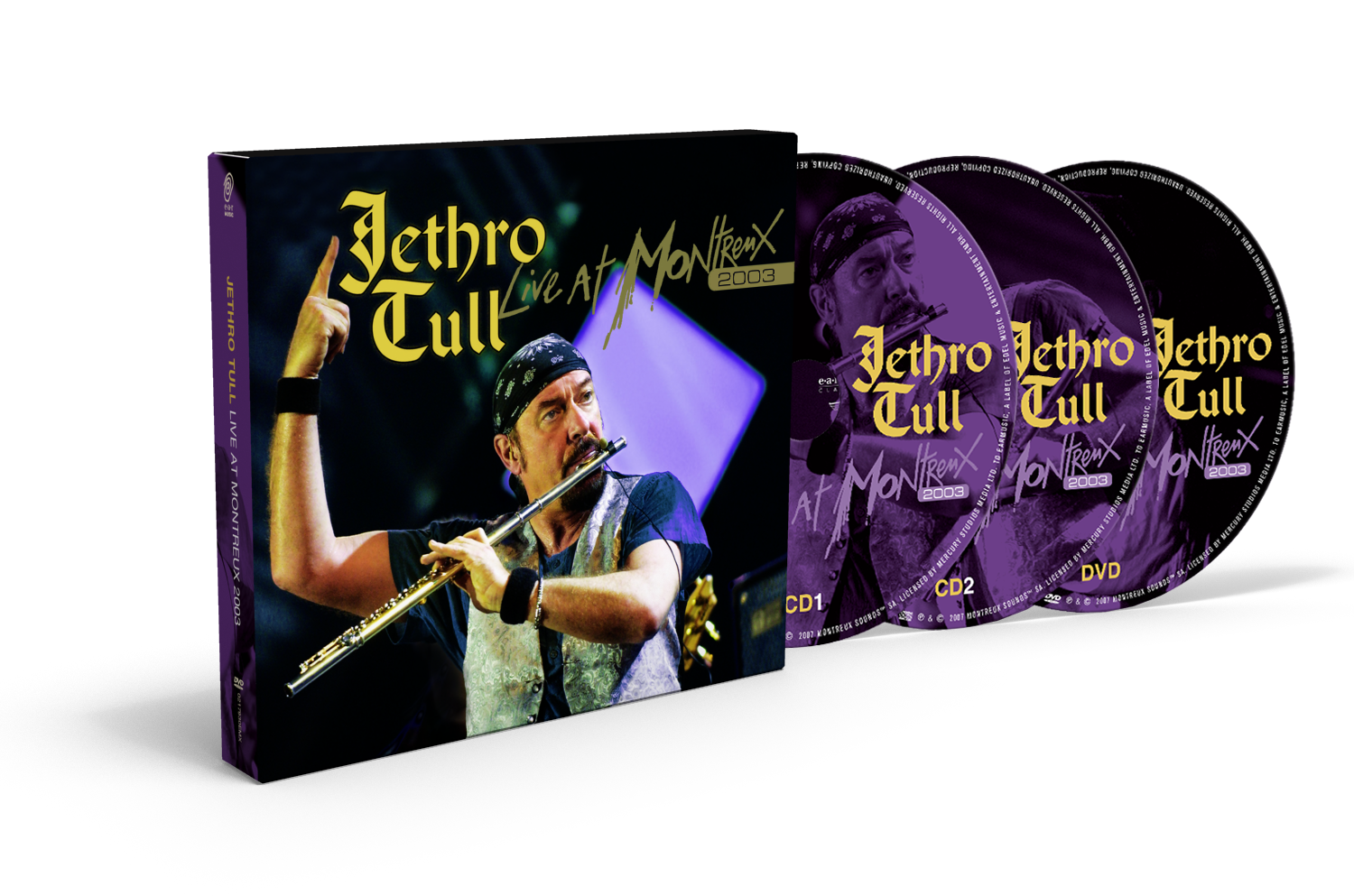 Jethro Tull are one of the most successful British rock bands of all time. Their career began in the late sixties and continues to the present day. In 2003 the band made their first and so far only appearance to the legendary Montreux Jazz Festival. Divided into two parts, the performance includes a semi-acoustic first half and a fully electrified second run. Frontman Ian Anderson led his band with his unique voice and an inimitable flute playing through career spanning setlist with newer songs as well as many beloved classics.

Duran Duran - A Diamond in the Mind (Live) 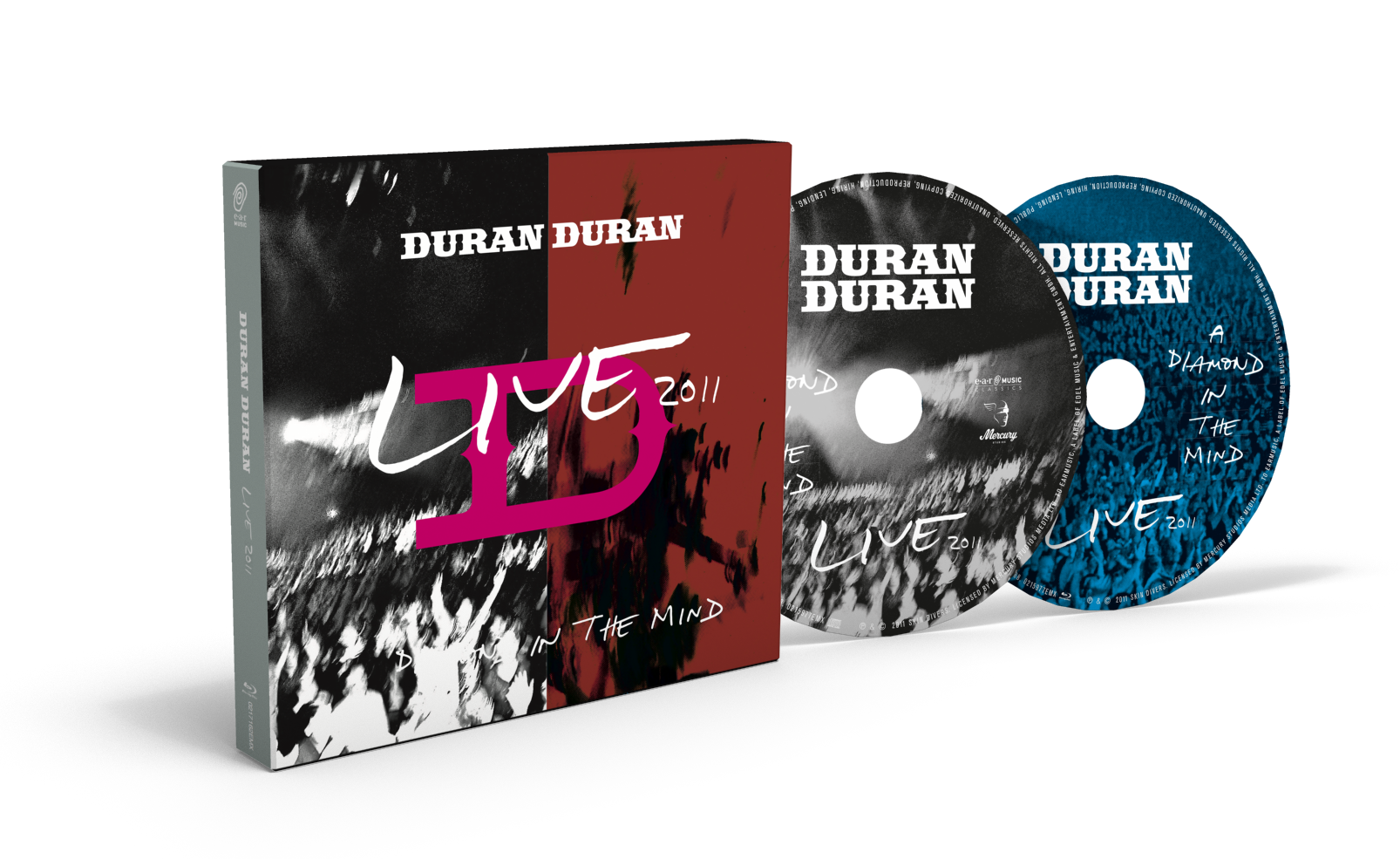 Recorded at the MEN Arena in Manchester, Duran Duran demonstrate that they haven't aged a bit. This sensational show is the perfect combination of great music, impressive visual effects and the inimitable style for which Duran Duran are known and loved worldwide. In addition to big hits such as "A View To A Kill", "Ordinary World", "Wild Boys" and "Rio", Simon Le Bon, John Taylor, Roger Taylor and Nick Rhodes also present songs from their then current album "All You Need Is Now", produced by the British-American musician, songwriter and producer Mark Ronson. The energetic concert testifies that Duran Duran are without question masters of their craft. 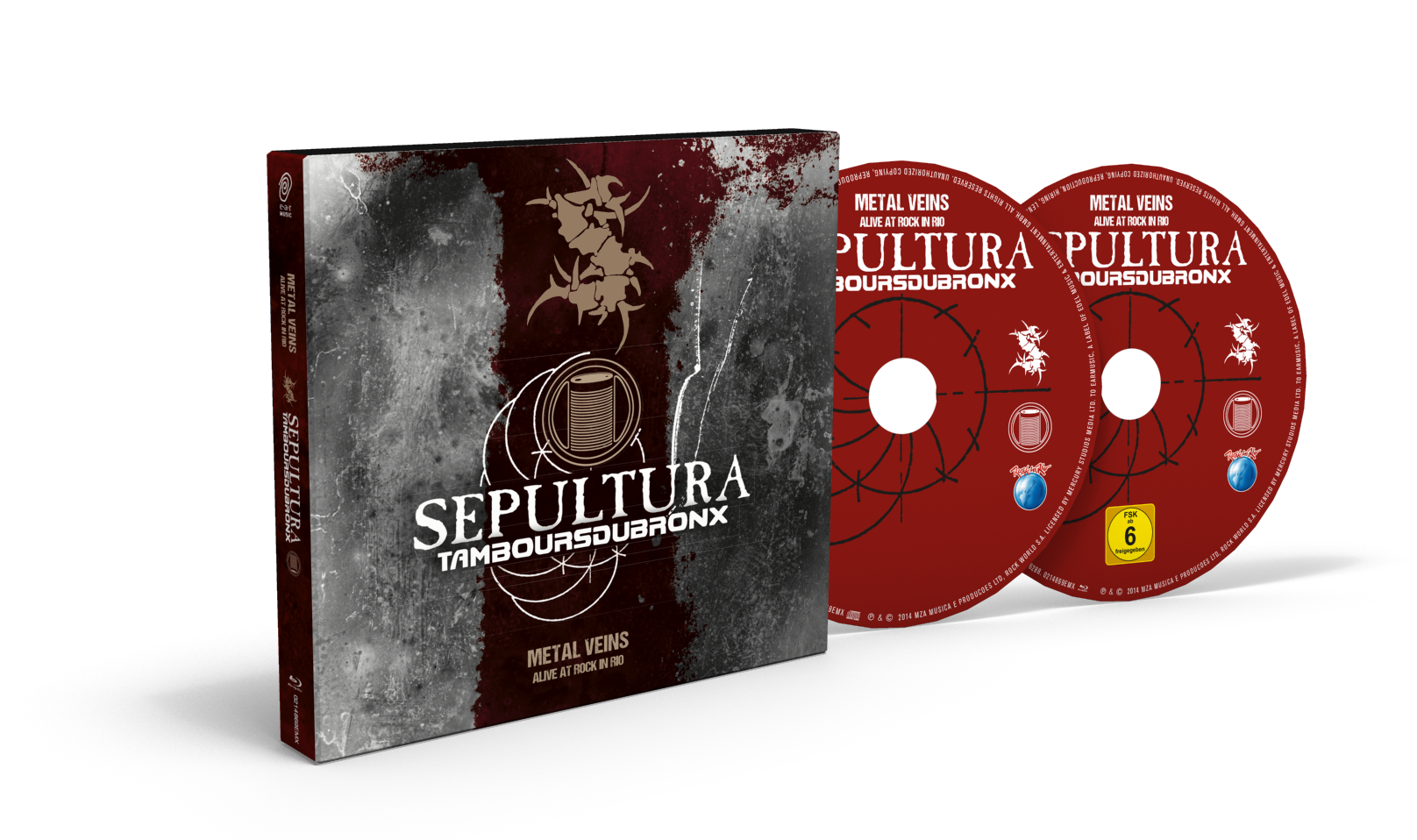 Sepultura are one of the most successful acts ever to come out of Brazil with global album sales in excess of 30 million and are one of the most important and influential metal acts of their generation. This show was recorded at the legendary Rock In Rio festival in their native Brazil on September 19th, 2013. It is a spectacular performance which sees the band accompanied throughout by the French industrial percussion group, Les Tambours du Bronx. The sheer volume of sound and the powerful presentation of the songs sets this apart from any previous Sepultura concert release. 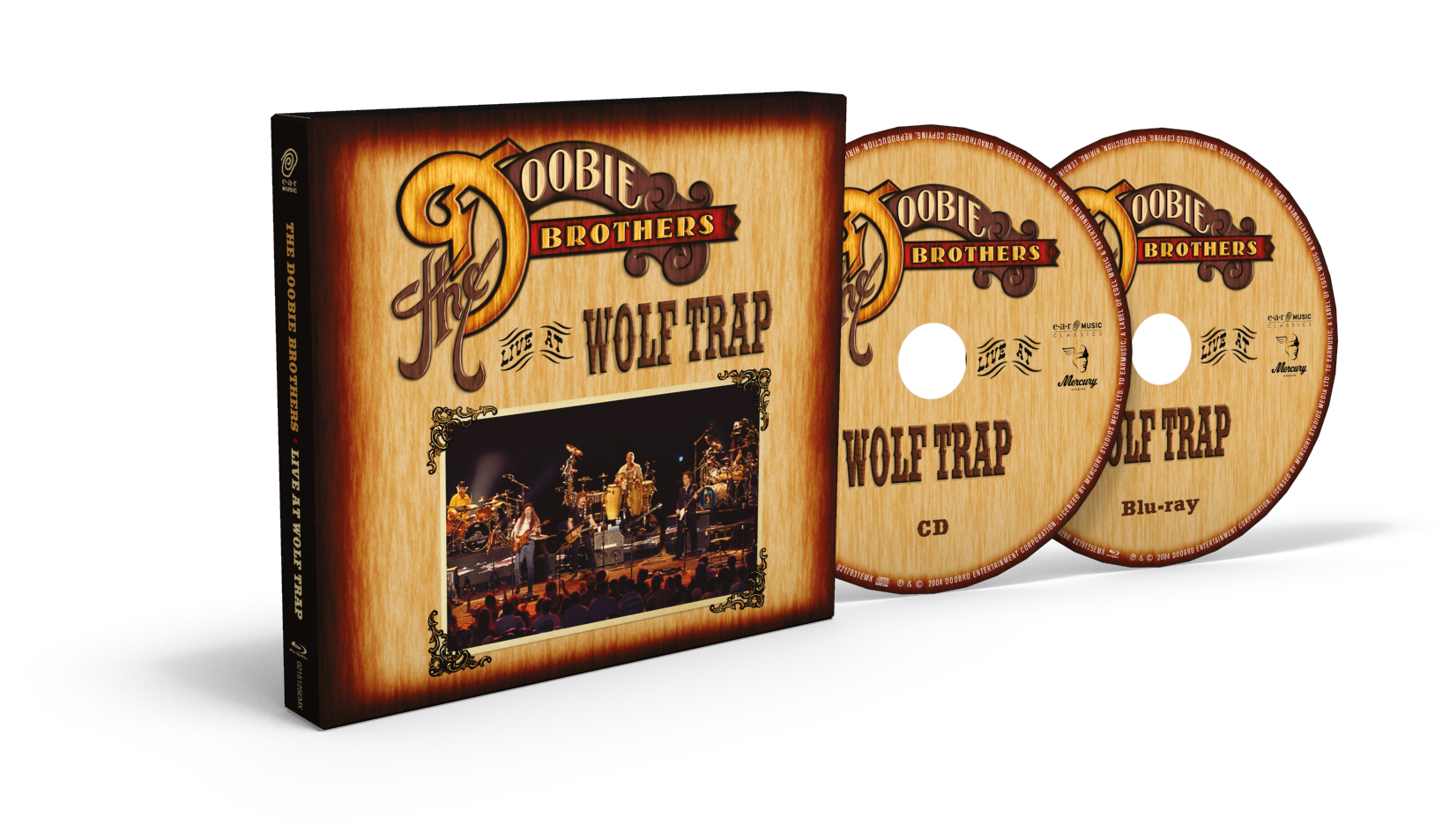 This CD plus DVD release demonstrates The Doobie Brother’s supreme musical ability in their genuine mixture of Rock, Soul, Blues and Folk on this crystal-clear recording. Captured live at Wolf Trap National Park for the Performing Arts in Virginia, USA on July 25, 2004, this release covers most of their long career's magical tunes such as “Let The Music Play” and “Long Train Runnin’”. The album contains the final recordings of drummer and vocalist Keith Knudsen, who sadly passed away shortly after the original release.

Live at Wolf Trap is 100% feel-good boogie music performed by one of its most iconic representatives of this genre. So if you are in the mood for a carefree journey into the world of boogie, this will be the perfect match! 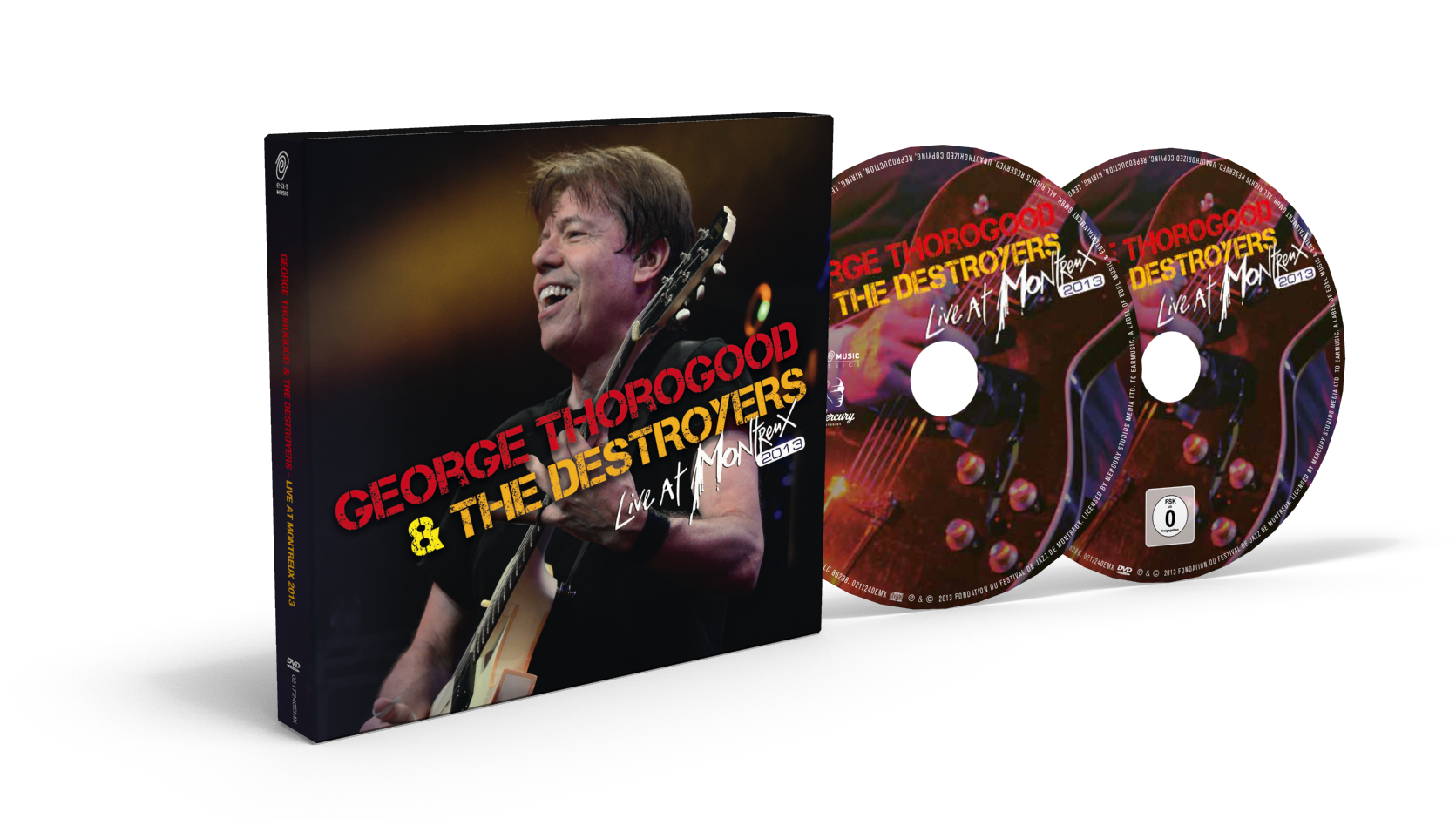 In 2013, George Thorogood & The Destroyers made their long overdue debut in Montreux. Performing at an event that had hosted many of their musical heroes, the band was inspired to give one of their best performances ever, with a setlist that ranged from their eponymous 1977 debut album to their most recent releases. On this release, George Thorogood & The Destroyers present what hardly anyone else does better: rocking goodtime blues with a fun guarantee!