To kick things off, the first track “Ghost Town” is released digitally. The accompanying music video can be watched on earMUSIC’s YouTube channel.

“The song for me describes breaking a cycle from different perspectives. On a personal level it could be family, career or life expectations, putting a person in an unwanted or unwelcome space. On a grander scale it addresses government expectations. Non-sensical, unethical ideas and laws that become the norm, while turning a blind eye to larger problems.” – Andrew Freeman 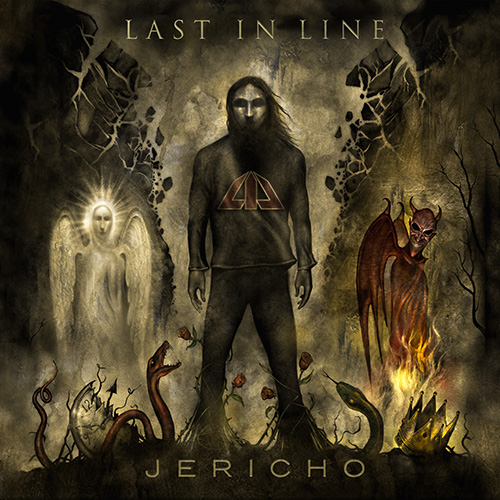 With limited face-to-face time in the studio due to the pandemic the band managed to write and record songs while still maintaining the integrity of their writing process, explains Vivian Campbell:

“With Last in Line, just as we did with Dio, we cut the basic tracks live. It's important for us to capture the energy of the syncopation of playing together in real time – much like the energy of a live show. This record represents the best of both worlds: the spirit of an energetic band performance, and the more reflective and nuanced qualities of our individual performances, too.”

Last year, Last in Line surprised with a unique version of the Beatles classic “A Day in the Life” which has been released on the Limited 12” Silver Collector’s EP with the same name.

In 2023, Last in Line are at the top of their game. “Jericho” shows Appice and Soussan hold it together, Campbell delivers his signature flamboyant guitar playing, and Freeman's vocals are truly impressive.

“All the musical forces of Last in Line are combined here for a super-powerful new record! ...Press play and put your seatbelts on!!” 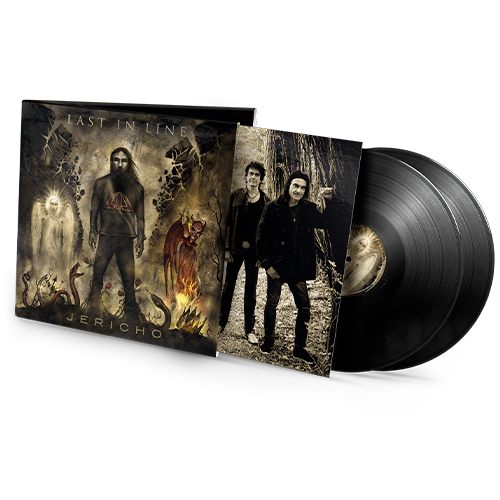 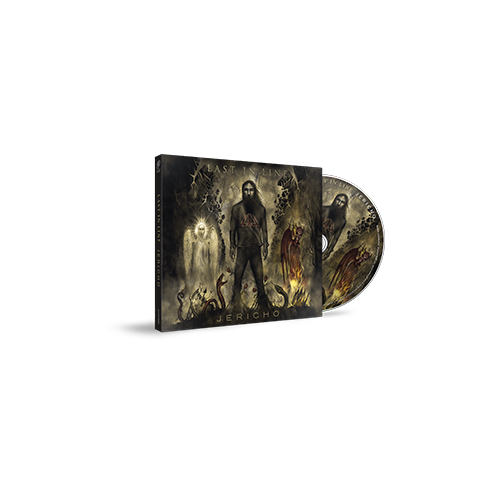 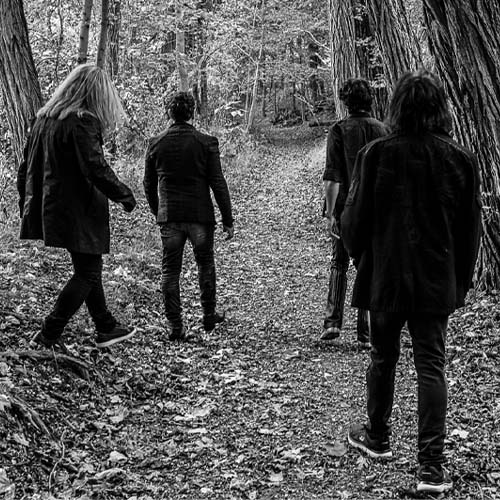 Last in Line was formed in 2013, when Vivian Campbell, Vinny Appice, and Jimmy Bain, original members of the band DIO and co-writers on the “Holy Diver”, “Last In Line” and “Sacred Heart” albums, teamed up with vocalist Andrew Freeman.

Their debut album “Heavy Crown” was released in February 2016, landing at #1 on the Billboard Heat-Seekers Chart with the singles “Devil In Me” and “Starmaker” leading the charge. Initially, the release had been preceded by tragedy when bassist Jimmy Bain unexpectedly passed away. Last in Line, honoring what they knew would be Bain’s wish to keep the band moving, brought in renowned bassist Phil Soussan (ex-Ozzy Osbourne) and committed to sustained touring in support of the album, hitting festivals, headlining clubs, and sharing the stage with metal luminaries such as Saxon and Megadeth.

In late 2017, the band gathered in L.A. to start the recording of a second album, “II” Having really gelled as a band while touring in support of the debut album, the songwriting came readily to the members. They created a record that showed a big progression in sound, while immediately being recognizable as Last in Line. “The musical style of ‘II’ was different from “Heavy Crown”, but it wasn’t something that we planned to do,” explained Vivian Campbell. The natural growth and development of the band led us to the songs on the album. As always, the band would jam on ideas and see where they led; ‘Heavy Crown’ had set a tone but with more parts and more experimentation ‘II’ took that debut and developed it to the next logical stage.

The band toured heavily in support of the “II” album, reaching a milestone with an invitation to appear at the prestigious Download Festival in the UK. Being excited and poised to commence on the 3rd album the Pandemic struck. As for many others, the path forward was not clear. Quickly the band found alternative avenues to engage their loyal following. Amongst other things, a really fun weekly online chat show “The Sickness” was well received and a video single “Landslide acoustic” was created and released for fans.

Quickly, the band seized opportunity to create the foundation for the third album, this time selfproduced. With limited face-to-face time in the studio they managed to start to write and record the material while still maintaining the integrity of the Last in Line writing process! In the interim, an idea for an EP release was adopted to carry over and, as a title feature, a production was created for a well-known Beatles song – one that seemed to be poignant and relevant to the world in which we live. 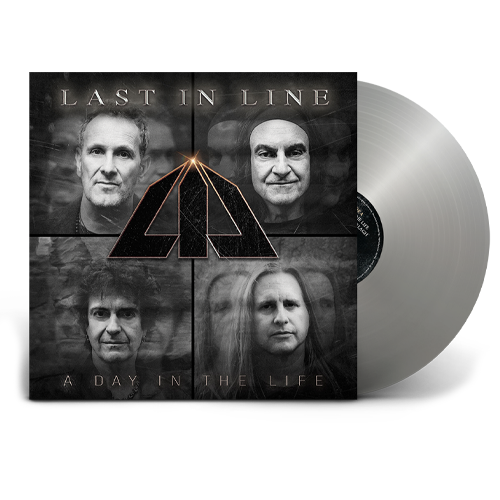 ACCESS THE EP "A DAY IN THE LIFE" HERE

Phil Soussan says “With the limited amount of “chemistry” time spent together, our work in the same room became intense and very focused. Finding the silver lining, was the ability to take the tracks home and really spend a lot of time overdubbing parts; being able to polish sounds and finely tune the performances. As long as Vinny felt happy with his drum parts, Vivian, Andrew and myself could create and hone our parts without time restriction! Typically, time is the determining factor in the completion of a recording but in this case, it was possible for the actual finished song to take front and foremost. We took bold creative gambles and the result is “Jericho” a suite of songs that push us into new territory while maintaining the unique DNA and integrity of the LIL process.”

Giving a nod to mix engineer Chris Collier, “...Chris’ input became a valuable and integral part of our production glue, aggregating and incorporating our production ideas as if we were in the same room! He is the perfect complement to our production team”

“I don’t want to bore anyone with stories of the challenges we had making this record...” says Vocalist Andrew Freeman “...because personally, I am privileged to make music at this level. Last In Line is a creative force that has been fighting to exist in the music industry since the band started in 2013; It is always a challenge, no matter the circumstances. Through our strong musical chemistry, we have bonded and created brotherhood that cannot be broken.

When you hear the songs on “Jericho”, you will be blown away. Straight up... this is the best music we have made in our collective careers.

Guitarist Vivian Campbell continues “With Last in Line, just as we did with Dio, we cut the

basic tracks live. It's important for us to capture the energy of the syncopation of playing

together in real time - much like the energy of a live show. We had cut the first 6 tracks in L.A. immediately prior to the global shutdown from Covid, but unfortunately had to wait until early 2022 to cut the remaining 6 tracks. For the overdubbed parts, we worked alone at home, a situation that was new and different, but not entirely without benefit. Although technology has always been challenging to me, personally, once I got over that initial hurdle, it was beneficial in a way, as I had opportunity to better my performances. This record represents the best of both worlds: the spirit of an energetic band performance, and the more reflective and nuanced qualities of our individual performances, too.”

Drummer Vinny Appice would whole heartedly agree "All the musical forces of Last in Line are combined here for a super powerful new record! ...Press play and put your seatbelts on!!”

The title “Jericho” may therefore be consequently more appropriate to Last in Line than ever, as it represents successfully breaking through walls of seemingly insurmountable challenges and obstacles ultimately thundering forward to claim the exciting world ahead!