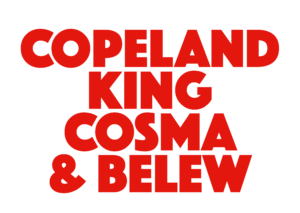 With their debut album “Gizmodrome” (2017) it was not a surprise that Stewart Copeland, Mark King, Vittorio Cosma and Adrian Belew, each of them with such diverse talent and musical background, created music that was vibrant, electric and unpredictable. With a collective CV that includes The Police, Level 42, King Crimson, David Bowie, Frank Zappa, Talking Heads and PFM just for starters, they combined the spirit of adventure and camaraderie that characterizes their music – a cosmopolitan blend of progressive rock and a pinch of punk with a heavy twist of avant-garde humour.

Right from the start, it was not meant to be a one-off side project but the beginning of something truly unique and exciting. Their first live album “Gizmodrome Live”, to be released on November 19th, 2021, builds on the foundation laid by the band’s debut album and allows for even more unpredictable outbursts of creative energy. Recorded in Florence, Rome, Tokyo, Osaka, Aschaffenburg and London, it perfectly captures their commitment to this band and the pioneering collaboration.

The fervent genius of Stewart Copeland on drums, guitars and vocals, the incredible bass and vocals of Mark King as well as the incisive guitar work and vocal parts by Adrian Belew, brilliantly rounded off by Vittorio Cosma on keys – it all comes together in a one-of-a-kind high voltage combination on “Gizmodrome Live”. In many ways the live show even manages to surpass the recorded versions of their songs, with Copeland sharing lead vocal duties with the unmistakable voices of Belew and King. Powering through a setlist comprised of their debut album as well as a fantastic selection of songs from The Police and King Crimson, Copeland, King, Cosma & Belew truly delivered a live show to be remembered.

“Gizmodrome Live” will become available on high quality 45rpm Triple 12” Vinyl Gatefold Edition as well as on a Double-CD Digipak Edition and Digital. The CD as well as its digital formats comes with an exclusive version of the band’s song “Don’t Box Me In” featuring Italian Rock superstar Manuel Agnelli (Afterhours) on vocals.