Terry Bozzio has worked with names like Quincy Jones, Jeff Beck and Mick Jagger and is of course associated with Frank Zappa, he worked with as a drummer on 26 albums. Being member of the Modern Drummer’s Hall of Fame, Rolling Stone’s Top 5 Drummer and being awarded a Grammy that is a life’s work worth looking at. 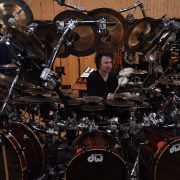 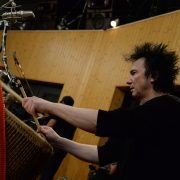