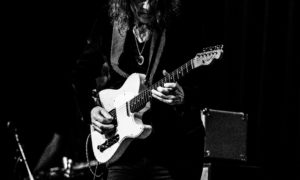 “Balafon was one of the first two songs written for Pure. I wanted a beautiful chordal melody and then a shift to a very strong “twangy” riff to contrast. Between, there is a pensive moment to set up a powerful guitar climax!”

ROBBEN FORD’s brand new studio album “PURE” is his first instrumental full length work since “Tiger Walk” from 1997. The upcoming new single “BALAFON” takes the listeners on a musical ride unlike any they’ve had before and impressingly shows Ford’s outstanding musical talent and versatility, as to be enjoyed on the entire upcoming album “PURE”, which is “unlike any recording I’ve ever done”, as Ford point out. “I’ve always been a traditionalist in the way I’ve worked in the studio: bring a great band into a great room with a great engineer, track songs for three to five days, do any overdubbing necessary, then, mix and master.”