Today sees the long-awaited release of “The Gang’s All Here”, the new studio album by SKID ROW.

Currently topping iTunes and Amazon charts worldwide, the album has been praised by media worldwide:

“This is the album diehard fans have been waiting for… totally electrifying and totally re-energising everything about Skid Row!” – Fistful Of Metal (UK)

“It’s SKID ROW’s finest moment and leaves all their previous efforts in the dust.” — KNAC (US)

“An album that every hard rock fan needs to own.” – The Rockpit (AUS)

“A strong contender for album of the year.” – The Rockpit (AUS)

WATCH THE VIDEO FOR THE “TIME BOMB” HERE 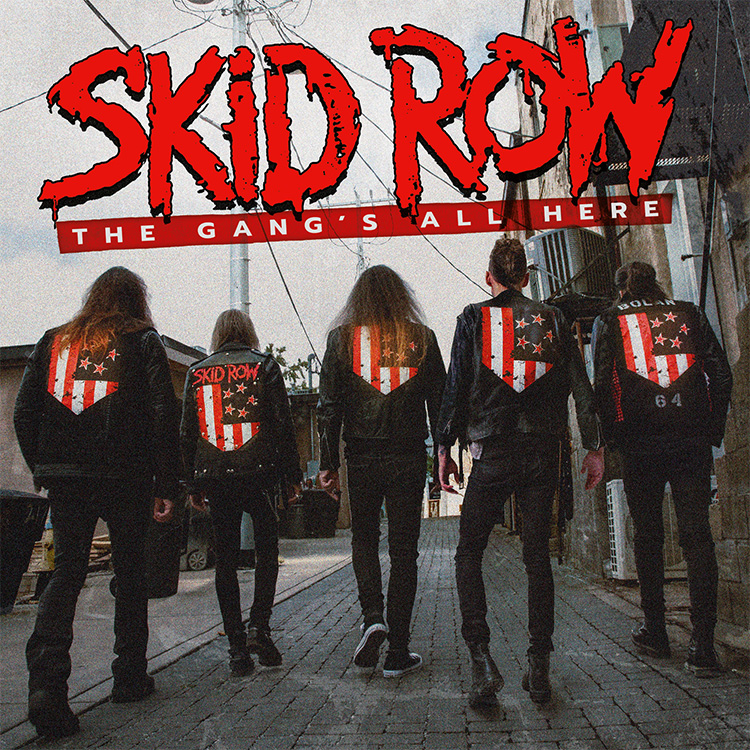 It’s cliché to say that a band has all their lives to write a first album. The truth is that they spend the rest of their lives trying to understand how they did it. The Gang’s All Here is the octane of an attitude that’s been festering since the band formed in 1986. Producer Nick Raskulinecz lit a creative wildfire by challenging them to deconstruct good ideas and rebuild them into something even better. Something timeless. He became the arbiter of their legacy, daring them to revert to instinct and be the same rambunctious kids who made their first two albums.