earMUSIC is proud to announce that Deep Purple’s highly acclaimed 20th studio album “inFinite” has reached Gold Status in Germany, one of the world leading markets.

With the release of Deep Purple’s newest album “Whoosh!” last Friday, August 7th, the band has now even more reasons to celebrate, as they continue to travel the scope of hard rock.

After its release in 2017, “inFinite” has quickly become one of the band’s most successful albums ever.

It entered the German Official Album Charts at #1 and reached the Top 10 in 10 countries worldwide.

Before reaching Gold Status in Germany, “inFinite” has gained the same status in Russia, Czech Republic, Hungary and Poland.

The album followed the release of “NOW What?!” (2013), which charted at #1 in 5 European countries (Germany included), and reached the Top 10 in another 15 countries worldwide, also earning Gold Status in Germany for over 100.000 copies sold.

“As much as we enjoy the fact that artists today can release a song out of an album cycle, this award proves that there is still a great number of people willing to embrace more than just this, when it comes to their beloved artists who are a lot more than 5 minutes of pleasure. The album was a big worldwide success but a lot involved with its creation rotated around Hamburg and Germany, with artist and label working hard as one. It is undeniable that it is a special and proud moment for our label to have reached Gold Status with two Deep Purple studio albums in a row (both of them charting at 1)” 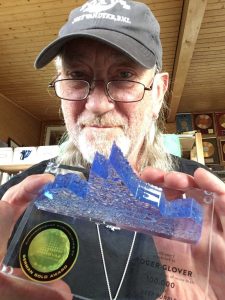 Please check www.deep-purple.com for all the latest news and updates.