“Bombay Calling” was recorded in early 1995 and is one of the first shows Deep Purple played with Steve Morse showcasing his virtuosic guitar skills and some of the new material would later make it onto the widely celebrated studio album “Purpendicular”. Astonishingly, the long thought lost master tapes for this unforgettable show in Mumbai were found lying around in an old cardboard box in November 1999.

A true gem for any fan, offering a rare insight into the extraordinary talents of this phenomenal rock band. Considering that Steve Morse only had played with Deep Purple a couple of times before, the raw power he lends to the classic songs is remarkable. The Indian press gave the concert rave reviews, with many claiming it to be the best rock show ever staged in India.

“Bombay Calling – Live in ‘95” is available from August 19th in two strictly limited editions: a 3LP+DVD Heavyweight Vinyl Gatefold as well as a 2CD+DVD Digipak, with both limited editions including the whole show on DVD as a bonus. 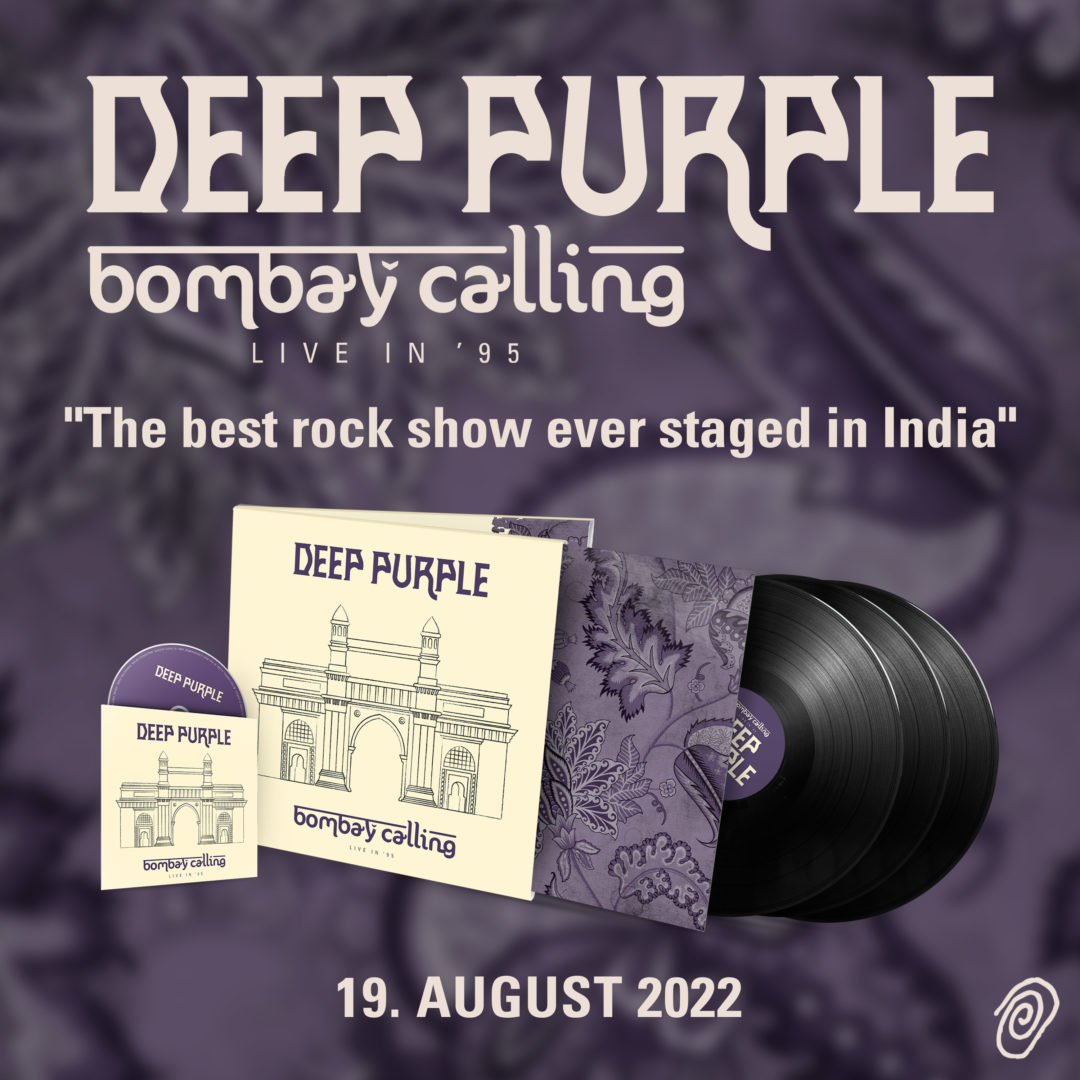