The limited 10” vinyl is not only the first physical format release from the band’s upcoming album “Whoosh!”, it also comes with a special surprise.

In addition to “Throw My Bones” and “Man Alive”, previously available on digital shops, it includes a third song, taken from the album, that will only be available on this EP until the release of “Whoosh!” on August 7th.  The title of the track will be revealed on the band’s social media channels within the next days!

Fans in the UK and Scandinavia will be able to purchase the EP on July 17th, 2020. 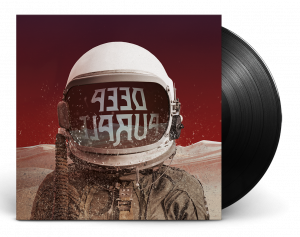 You can watch the videos for the two previously released singles here:

Deep Purple’s brand-new studio album “Whoosh!” follows their worldwide chart-topping albums “inFinite” (2017) and “NOW What?!” (2013). For the third time, Deep Purple joins forces with producer Bob Ezrin. The new album is possibly the most versatile of the three the British legends have produced with Ezrin,  “stretching out in all directions”, to quote the producer’s exact words, without any limitation, letting the creativity find its way.

“Deep Purple is putting the Deep back into Purple” was the half-joking motto in the studio after the first songs were written. It seemed clear that Purple were on a path to creating an album suspended above the boundaries of time and music trends, while voicing their resentment about the current situation of the world and addressing all generations.

“Whoosh!” will be available as Limited CD+DVD Mediabook (incl. the 1h feature “Roger Glover and Bob Ezrin in conversation” and, for the first time, the full live performance at Hellfest 2017 as video), 2LP+DVD Edition, Limited Boxset and Digital on August 7th, 2020 on earMUSIC.

You can pre-order the album here: https://deeppurple.lnk.to/Whoosh

For tour dates and more information please go to www.deep-purple.com.